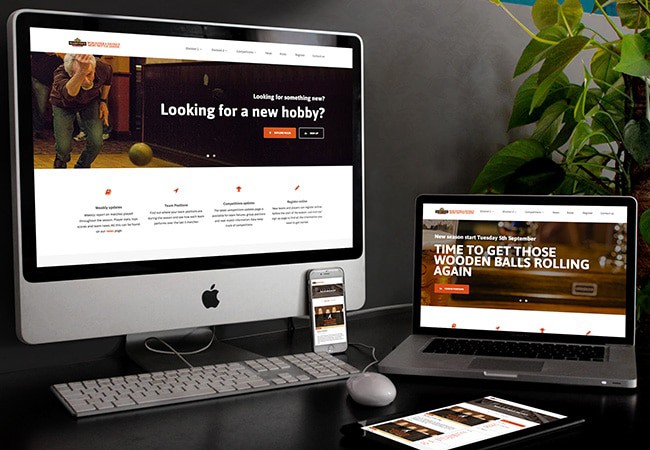 Worcester Skittles was originally designed to work for a single team called the Woodmen, however it seemed easier to design the site to work with all the leagues and teams for the Tuesday night divisions. This way it could be able to every member and every team, to find out league positions and match results.

In 2007, it was built using Joomla, at that time it was more secure and easier to manage modules and plugins within the CMS system. However, the main draw back was the size of the database, especially has the data grew during the season. It was highly advanced for its time, showing all major player and team results, blogs, and venue events throughout Worcestershire.
It went through numerous template changes during the years and required huge amount of time to include fixtures, server resources and hard drive space. Needless to say, it crash regularly on a shared hosting, but was not cost effective to have a dedicated server.
The revamp in 2014 pushed the development over to WordPress. A slimline version and a newly developed league system was introduced. Keeping some of it’s original features it now includes a more integrated league system which social users can now login, comment and share the results to other social media platforms. Its mobile responsive for the first time and much more light weight than the previous versions. Its managed fully by the league officials and requires very little time to update the league, team and events information.
visit: worcesterskittles.com